I was browsing through Pinterest and saw a really interesting image that came from http://www.nature.com that gave a timeline about the different ways we taste and the discovery of those ways. I was really surprised that a lot of our taste receptors were found pretty recently! I always think its pretty neat to relate history and biology and see the background of the discoveries, it puts a new perspective on science and gives a lot of insight to things you might not otherwise consider.

Although many people think that the different tastes, salty, sour, sweet and bitter, are recognized in different areas of the tongue, it has actually been shown that tastes can actually be sensed from all parts of the tongue, with greater recognition on the sides. Bitterness is usually stronger tasting on the back of the tongue which is thought to be an evolutionary way to be able to spit out poisons or spoiled foods before swallowed.

Where tastes come from:

Sour: Hydrogen ions released from acidic foods like lemons provide that sour taste that makes you squinch up your face!

Salty: Sodium Chloride or other mineral salts like potassium chloride and magnesium chloride give the salty taste

Sweet: most sweet foods are high in sugar! Sugar and other derivatives like lactose help make your foods and candy sweet. certain amino acids and some alcohols can also be perceived by your senses as sweet!

Bitter: isn’t it weird when you think something is so bitter that you can’t even eat it, but your friend has no problem with it at all? There is still research being done on this as there are many theories as to why. It’s said that the bitter sensation could have developed in order to protect our bodies from poisons and other harmful things that develop this taste.

What about everything else?! There’s another taste called umami. I know, it sounds like a delicious chinese chicken and vegetable plate, but it’s not. Umami is described as savory and the taste comes from glutamic or aspartic acids.

END_OF_DOCUMENT_TOKEN_TO_BE_REPLACED

Follow Food for thought: Your Food and you on WordPress.com 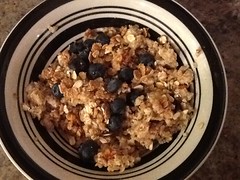 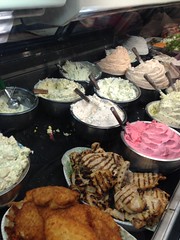 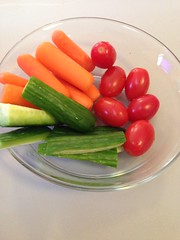